Three shocking stories from victims of lightning strike in Colorado

Dan McClure was coaching his son’s Little League baseball team when the first thunderclap rolled across the valley toward Bayfield. Although the nearest clouds were still far in the distance, Dan immediately sent the kids and their parents to the safety of their vehicles parked behind the dugout. When all were safe, Dan headed to his car parked on the far side of the field on Mill Street.

Dan was nearly to his car when lightning struck a nearby telephone pole, traveled through the earth and reached up to Dan, entering his left hand. The bolt shot through Dan’s left arm and exited his right foot, leaving the lingering sensation of burning briquettes in the bottom of his foot. Twenty years later, he still has that burning sensation. It never goes away.

Aside from the burning sensation in his foot, and feeling like he’d been cold-cocked by a hammer, at first he thought he was more or less okay. A chiropractor, he went to work the next day happily cracking grateful patients’ backs into shape. But the day after he couldn’t even get out of bed!

An MRI revealed that he’d “cooked” his lower vertebrae. So began a long journey of recovery that he reflects on with gratitude. He credits the experience not only with impressing upon him the preciousness of life, but also with a heightened intuition that greatly enhanced his abilities as Dr. Dan, the chiropractor. The experience even prompted the naming of Lightning Bolt Chiropractic, his business.

Dan was lucky. A lightning strike can kill you, and Dan survived. The statistics show that 90 percent of people struck by lightning actually do survive, although many suffer health issues like Dan’s burning feet.

A lightning strike generates more heat than the surface of the sun. For anyone standing within 30 feet of one, the intense, sudden rise in temperature can instantly vaporize sweat, resulting in steam that can blow off your socks — and your shoes, your hat and everything else.

A closer or actual strike can cause spinal cord injury (like Dan’s), severe neurological problems, a burned retina(s) or third-degree burns caused by the immediate and intense heating of any metal on your body.

The blast can scramble a body’s signals, stopping the function of the heart, lungs or any combination of functioning organic matter. A person struck by lightning will not carry an electrical charge after the hit, so CPR should be performed immediately on any victim lying unconscious and not breathing.

Not All Lightning Strikes are Equal: Kristi Murphy

Mother of three, Kristi Murphy was standing on rocks with four friends beside the Slate River in Gunnison, Colo., when lightning hit the opposite bank. Murphy thinks she was knocked to the ground but truly doesn’t remember. “I felt a tingling sensation in my body just before lightning struck.”

Four of the five people complained of tingling sensations, nausea or concussion symptoms like headaches that lasted for up to a few days. Murphy said that she not only had headaches, but also a peculiar “buzzing” sensation across much of her body.

“The tingling feeling stayed on one side of my face and body for the next two days,” she said.

No one in Murphy’s group sought medical attention, though they all wondered if they should. Most people don’t know whether to head for medical care after being struck, especially if their symptoms seem mild at first. But experts highly recommend getting checked out. Lightning strikes can cause significant damage to the brain, spine and other internal organs that might not be immediately apparent. Murphy was one of the lucky ones and her symptoms cleared up.

Not everybody makes out as well as Kristi Murphy and Dr. Dan. Durango’s beloved Stacy’s Loop trail in the Horse Gulch Trail System is a living memorial to mountain biker Stacy Thomas, a young Fort Lewis College student. One late August afternoon in 1997 Stacy was mountain biking with two friends on the popular Telegraph Trail. The three were riding about 15 feet apart, with Stacy in the middle, when she was struck by lightning.

The trio had started out under blue skies. However Emergency Management Director Butch Knowlton, who was among the first on the scene that day, said, “It was a typical broken day, like any other summer day in Durango, meaning there were scattered thunder showers. We recognized immediately that Stacy was critical and did everything we could to revive her.”

Knowlton called in a helicopter for immediate transport, but to no avail. Stacy was gone. Today, bikers, hikers, joggers and even horses continue to enjoy the loop. As sweet as that is and as much as the community loves Stacy’s Loop, how does Stacy’s story keep from becoming part of our own? That can get complicated. Here’s the thing, according to Knowlton, “Lightning is absolutely impossible to predict. You can stay indoors all your life, but even that is no guarantee you won’t be struck.”

There are plenty of stories about people getting struck by lightning that came in through windows, electrical outlets or even plumbing. It’s rare, but it happens. Inside a building or car is the best bet, but who wants to live trembling behind a curtain?

Live Your Life While Minimizing Exposure to Lightning Strike

If you’re inside, stay away from windows, electrical outlets, tubs, faucets and other plumbing during a storm. It’s always prudent to check the weather before heading outside, and especially during the summer monsoon season. If you get caught in the backcountry, stay away from water, wire fencing (or wire of any kind) and exposed high points. Do not take shelter under trees, boulders or cliffs. Also, don’t be the tallest thing out there.

If you’re in a group, spread out. Should someone get struck someone else needs to be available to perform CPR and/or run for help. If you can safely keep moving out of harm’s way, keep moving until you can reach a metal topped car or a building. If you have to stay put, get low to the ground with as little bodily contact to the earth as possible (lightning-squat method). There are no studies to show the method really helps, but if it’s all you got it’s worth a try.

Finally, Ron Corkish, the president and mission coordinator for La Plata County Search and Rescue, said “Remember the fundamentals of Know Before You Go: If in doubt, don’t go. Going out is an option. Coming home isn’t.”

Donna Stewart is a freelance writer and the award-winning author of Yoga Mama’s Buddha Sandals: Mayans, Zapatistas and Silly Little White Girls. She’s full of character and cautionary tales. To read more about how not to get struck by lightning, visit her blog. 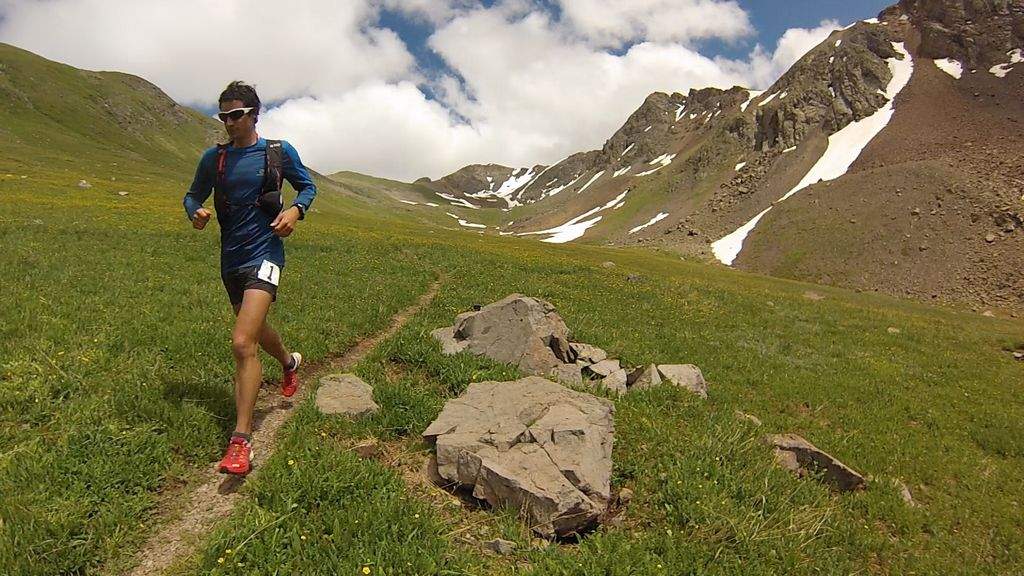 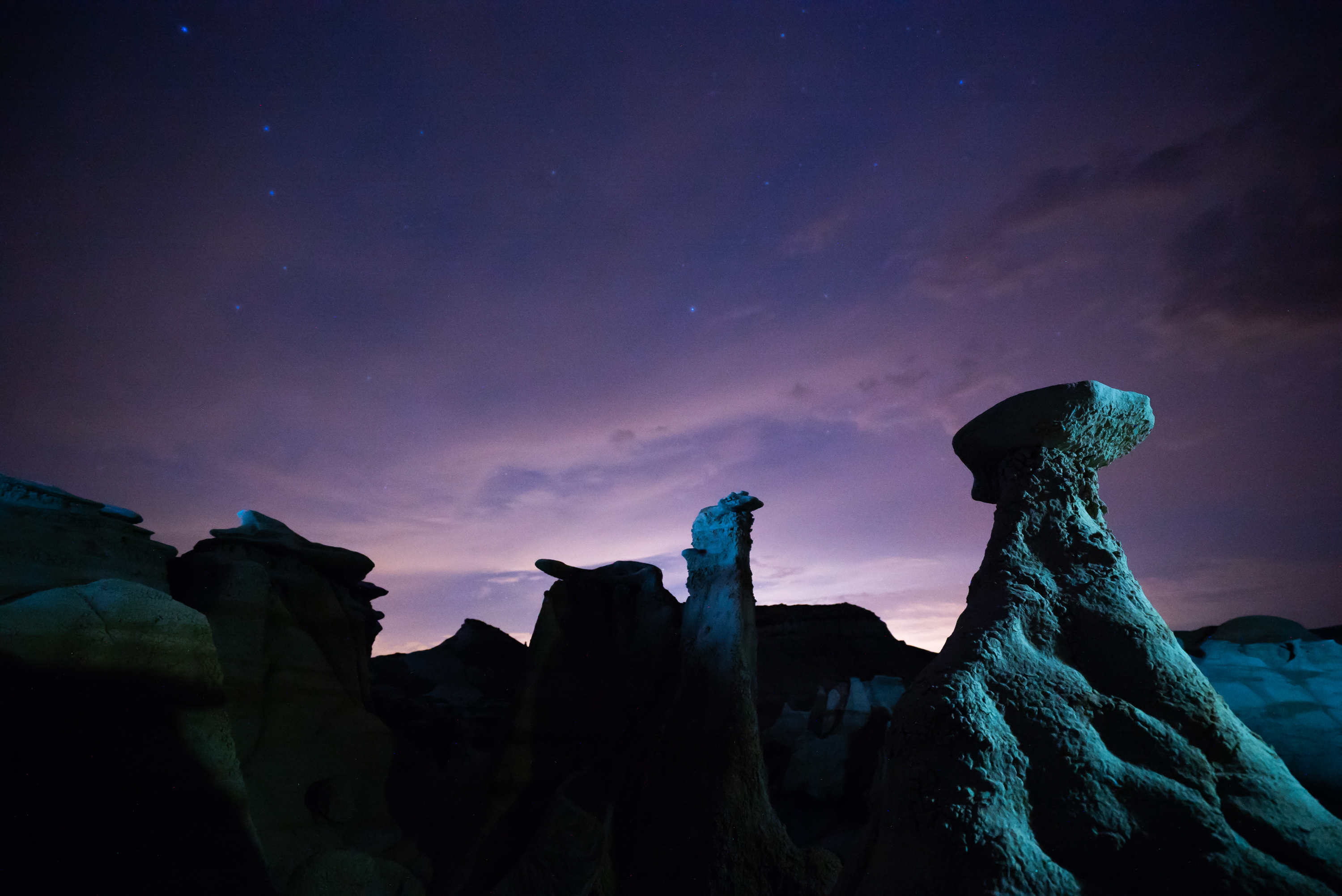