The Teton Ogre Adventure Race Takes on the Beast

A seasoned Colorado adventure racer reenters the sport to compete on unfamiliar ground.

The beast is a mess, feeling like a pretender, a has-been, a fraud — anything but a viable, aggressive adventure racer. He needs to snap out of it if he intends to show up tomorrow for the 8-hour Teton Ogre Adventure Race. The race starts at 8 a.m. sharp.

This beast within me, the gritty, determined athlete I’ve channeled to rival steely competitors in more than 20 adventure races, is in hiding. Today he’s withdrawn, cowering in full view of the teams arriving in Driggs, Idaho, to receive final instructions for tomorrow’s race.

The 27 teams report in looking fit, focused and confident. I’m fit, tense and humorless. This race is different from the others and it has nothing to do with this energized crowd.

This is all about me.

I could use a friend. It has been seven years since my last adventure race, in 2010 in Glenwood Springs, the final race in a series by Durango-based Adventure Xstream (AXS Racing). The series was reliable, a go-to for my adventure-racing career, a friendly place for challenging races in Moab, Durango, Buena Vista, Vail, Glenwood Springs and Summit Valley.

Sadly, AXS Racing began withdrawing events in 2015 and called it a wrap early in 2019. By happy chance, the Rocky Mountain Adventure Series has arisen, offering a cooperative of 10 races in getaways across Colorado, Wyoming and Idaho — including the Teton Ogre.

Here, facing the Ogre, it’s all too clear that a long hiatus has withered my mojo. I should be a more emboldened racer, one laser-focused on strategy — the beast!

I know what it takes to be an adventure racer. Across big landscapes this breed employs outdoor skills, team play, and navigation using a topo map, a compass and maybe an altimeter. There is a lot to these races, including the requirement to plot race-provided map coordinates to roll out a route that resembles nothing of a dash from here to there.

The objective of each race is to travel expediently from one coordinate — a checkpoint (CP) — to another solely under human power. The challenge is one and the same, except dirty, often painful and typically a wear on the mind and body. In sum, fun!

A team wins its category by earning the most points (10 points per CP) in the fastest time, while avoiding time penalties.

The Ogre carries the potential of 140 points, tallied in a passport with a unique needle-punch at each CP. The Ogre passport also provides a clue for each CP, e.g. “Tree on ridge,” “Rock Pile”.

Back at the hotel, I review my map and it pays off in confidence — the beast takes notice. I am no longer second-guessing everything. Breathe!

Splat! Not 20 minutes into the race I tank hard in a submerged rut, sending me and my bike into muck. Shaking it off, I check my wheel and restore my pursuit up the brushy powerline road. From the saplings behind, “follow that guy!”

Atop the ridge, I spy ant-sized racers descending fast. I punch go and catch two teams where the road ends at powerline poles.

The first checkpoint is concealed below on the rocky, brushy slope. I grab the handlebars and shuffle down by foot ahead of the teams, guiding the bike while scrutinizing every tree for “Juniper on ridge”. It’s always exciting to nab the first CP, this one dangling from a branch. I punch the prize in my passport — 10 points!

The map shows the route wending upcanyon on a “packer’s trail,” passing a CP midway to a forest road in 3 miles. Across a bog I find the trail covered by forest duff, but passable.

I catch up to two men where we all stop to search for the second CP. They go left, I go high and right and score 10 points!

Hyped by the second CP and buoyed by the bliss of racing in wilderness, the beast is in a good mood. “Over here!”

As a solo racer I have nothing to lose in pointing out a CP to a two- or four-person team. While the strongest teams across categories are vying for the overall title of best score and time, I’d like only to finish, preferably well.

I churn the trail, hoisting the bike over timber and riding or wading the same stream over and over, grinding up to the road.

I’m inspired! Two hours in and the beast is alert, feeling good! The high traverse drops to the east, ending at a grassy parking area where racers check in with race volunteers (30 points!) before transitioning from bikes to orienteer by foot. A dozen bikes are strewn about, indicating diverse strategies are at play.

This could be a challenging leg. Driggs is near the towering Teton Range, which suggests the course will take place near the impressive peaks. However, we’re in a subrange of rolling, timbered mountains absent of features like an imposing peak. Navigation will be strictly a map-and-compass affair. I bite my lip.

The course is indeed a challenge, ranging over ridges, through streams, across slopes and a canyon bottom, and up a tree. Swish, 100 points!

At the transition area I check in (110 points!) and hurry my stuff together while quickly refueling and rehydrating. I exit amid a stream of sweaty racers rolling in. Are they ahead of me, or behind? I can’t know.

Back on the ridge, in two miles I turn east at a junction to cycle a seven-mile arc containing the final three checkpoints. Two hours to the deadline. After, penalties.

I’m bushed, frequently walking my bike, even on mild inclines. The map shows a lengthy descent in two miles and I’m spurring for it, seeking a respite. I am also careful to navigate to two CPs (130 points). One to go!

Aching for a breezy descent, I find the road rocky and rutted, requiring potent riding skills. I blow by a must-make turn, a time-losing mistake requiring an irksome uphill trip to rebound. With the path now clear to the end, I dread the three looming miles: a two-mile expanse punctuated by twin canyons and a final mile to the finish.

Cached between the canyons is the final CP, rendered as a “Downed tree across reentrant”. A small stream trickles where I’ve plotted the CP, launching my search. Nothing. I ride on, scanning the road for features that suggest “reentrant” until the road drops. Damnity-damn, I’ve passed the CP!

Should I let it go, accepting all but one CP as the best I can do? I’m dragging, too tired to race like a hero. I can just call it a day.

Let’s hand this to the beast!

I turn back, betting again on the stream. I teeter along its channel into familiar forest, giving every tangled nook a look-see. Nothing. Ten steps into fresh ground, diddly. Five more, jackpot!

With the final canyon to my back I want nothing more than to just stop moving. It has been a long, challenging day and I’m feeling the best kind of good, regardless of where I place. The deadline!

My wife and daughters are flanking the finish line, yelling, cheering me in. They turn as if on cue (it was), showing pink letters taped across the backs of their jackets: GO — DAD — DY!

A small crowd applauds the finish, and my biggest fans rush in for hugs that don’t quit. A race official requests my passport. Obliging, I ask how many racers have reported in. 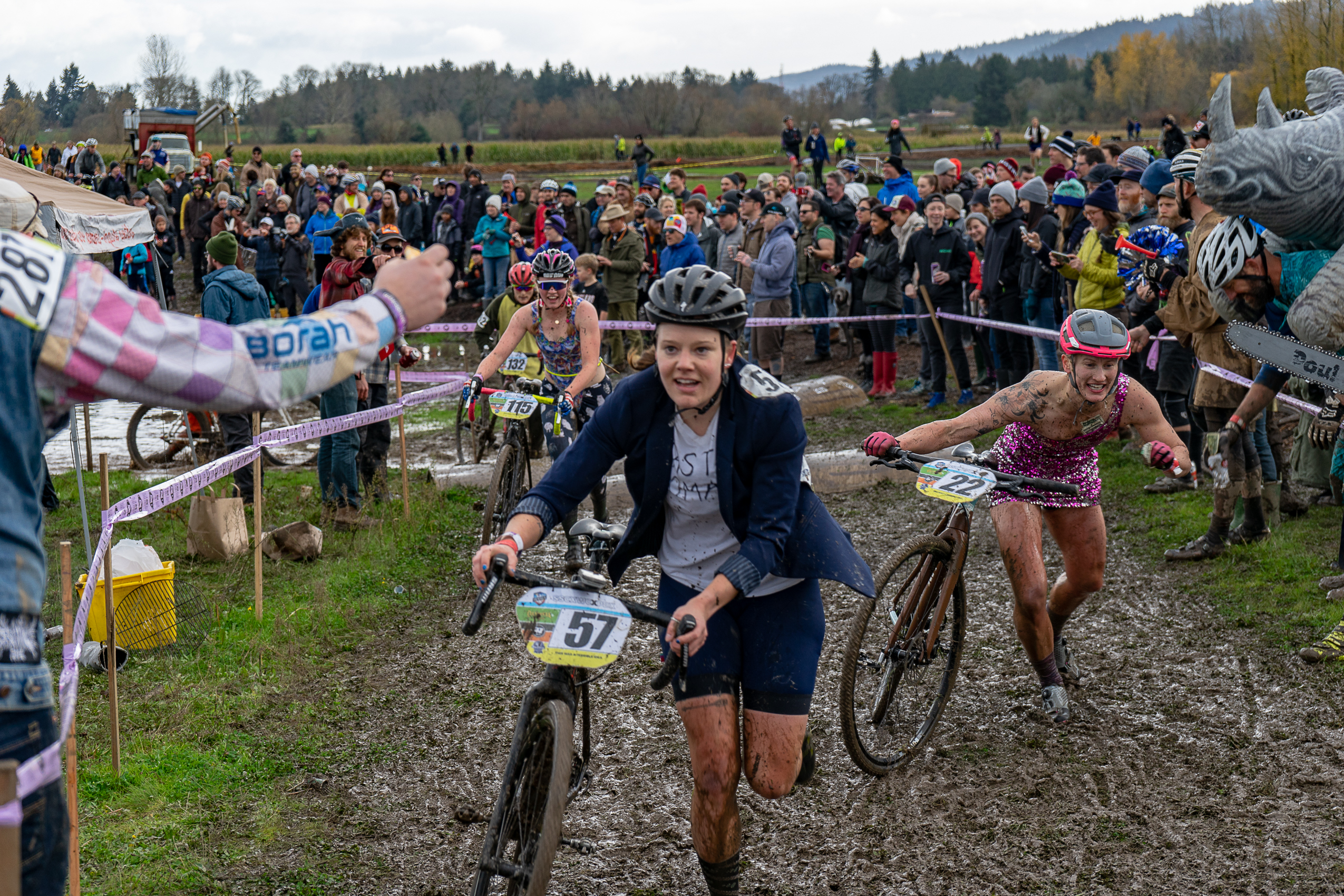 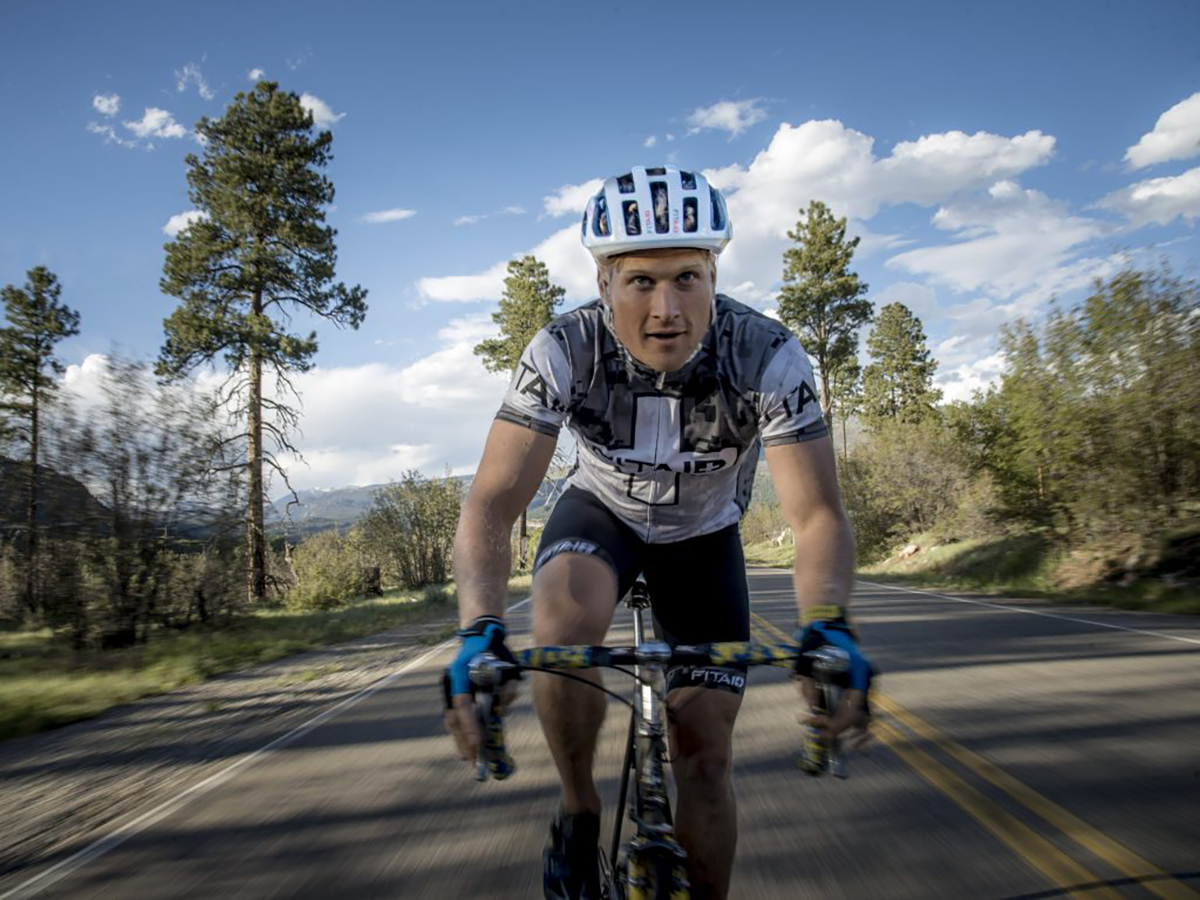 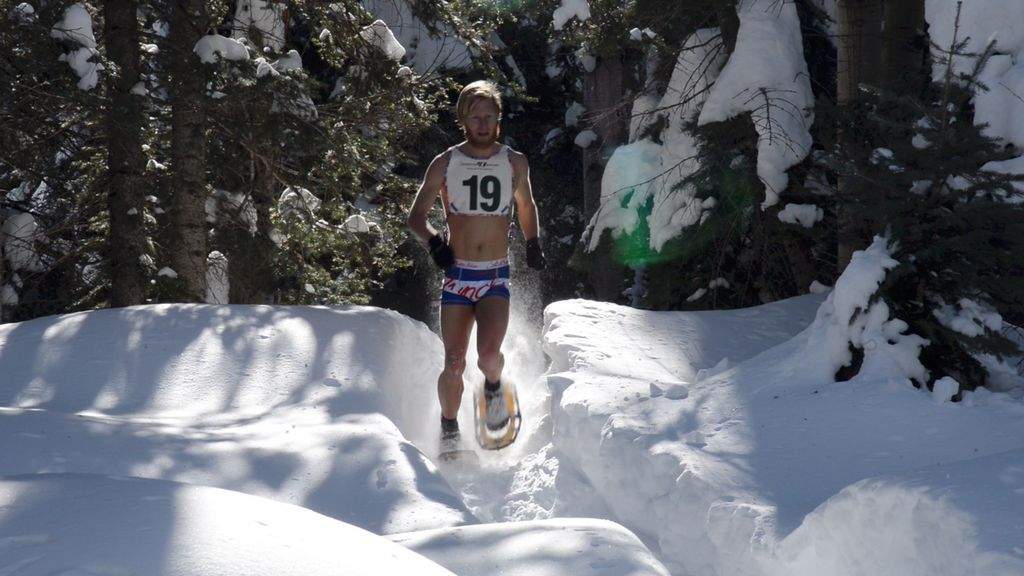 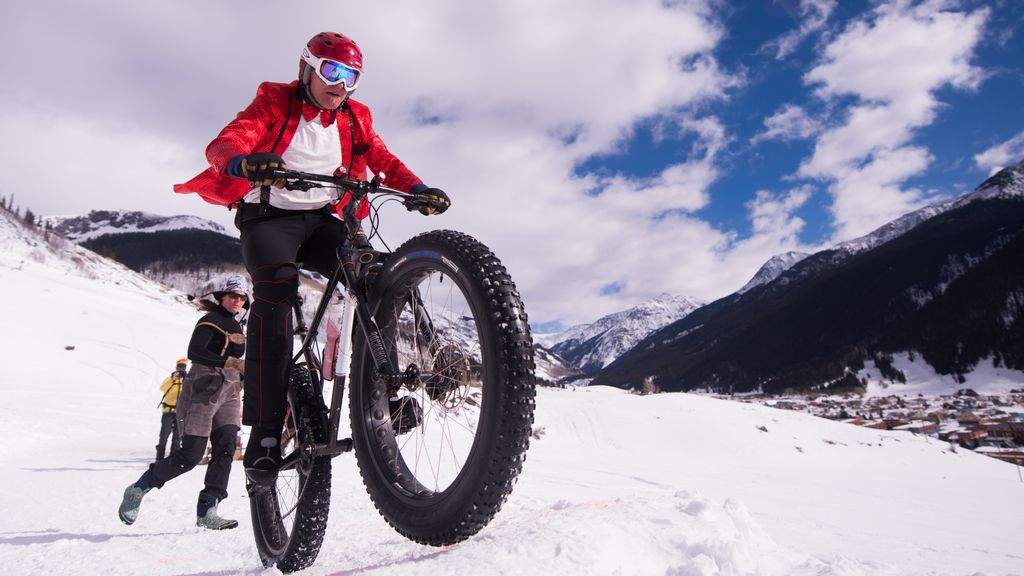