The Alpine: Protecting a Fragile Ecosystem

Part of what makes the alpine outstanding is related to the fragility of the environment. The alpine is quite literally where the mountains have finally eroded enough to the point where soil exists. The weathering of mountains is a process that takes centuries to millennia.

The alpine climate is harsh. Cold winds grace the high ridges and basins in this area year-round. The product of life in such improbable harshness is a result of short growing seasons, where the plants must endure the variable high country conditions to survive. Winter precipitation can be tremendous, summer rains can be heavy and spring soil can be saturated with snowmelt. As a result, the little soil that does exist is highly erodible. Single ruts and paths quickly degrade to significant gullies during rain events. Because of the sensitive nature of these environments, these ecosystems are touted as barometers of change. Warming temperatures and drought from climate change are just one factor causing change in the alpine. But land use and heavy recreational impacts are quickly becoming a notable force.

From the obvious to the less noticed, humans visiting the alpine have many direct impacts on alpine ecology. The obvious contributions to erosion are caused by traveling off roads and trails. Heavy vehicles — including OHVs — traveling off of designated roads and routes are perhaps the most damaging observed human pressure in the alpine. Parking adjacent to but not on roads is a common issue as well.

Mountain biking, foot traffic, camping, pack animals and livestock all have significant impact to vegetation and soil erosion by trampling fragile plants or meandering off trail, which tears up loose soil, disturbs pocket gopher burrows or exposes bare soil among the rocks. While small footpaths may look inconsequential at first glance, heavy precipitation may cause such paths to rapidly evolve into gullies and ultimately contributes to erosion in surrounding area, especially on steeper slopes.

Many roads that allow access to high alpine basins are either county-maintained roadways or Forest Service roads, all of which have distinct rules to protect and preserve the multi-resource values the roads provide access to.

First and foremost, drive only on designated roadways and park no more than three feet off of roadways. This is the easiest way to mitigate damage to fragile, high-elevation environments.

For the human-powered travelers, stay on the designated trail to prevent trampling vegetation and creating new routes.

If off-trail travel is necessary, attempt to always use durable surfaces, like rocks or thick snow cover, and avoid stepping directly on vegetation or bare soil.

If you are camping, try to use developed sites in high use areas and avoid setting up tents on vegetation. Try to use durable surfaces and use man-made anchors for staking your tent rather than driving stakes into the ground.

Lastly, if you are visiting with your furry friends, respect the wild animals of our mountain environments and consider keeping your dog on leash or under strict voice command. As fun as it is to see your dog bounding around and playing in these high mountain environments, keeping them close by is the best way to protect these fragile environments. 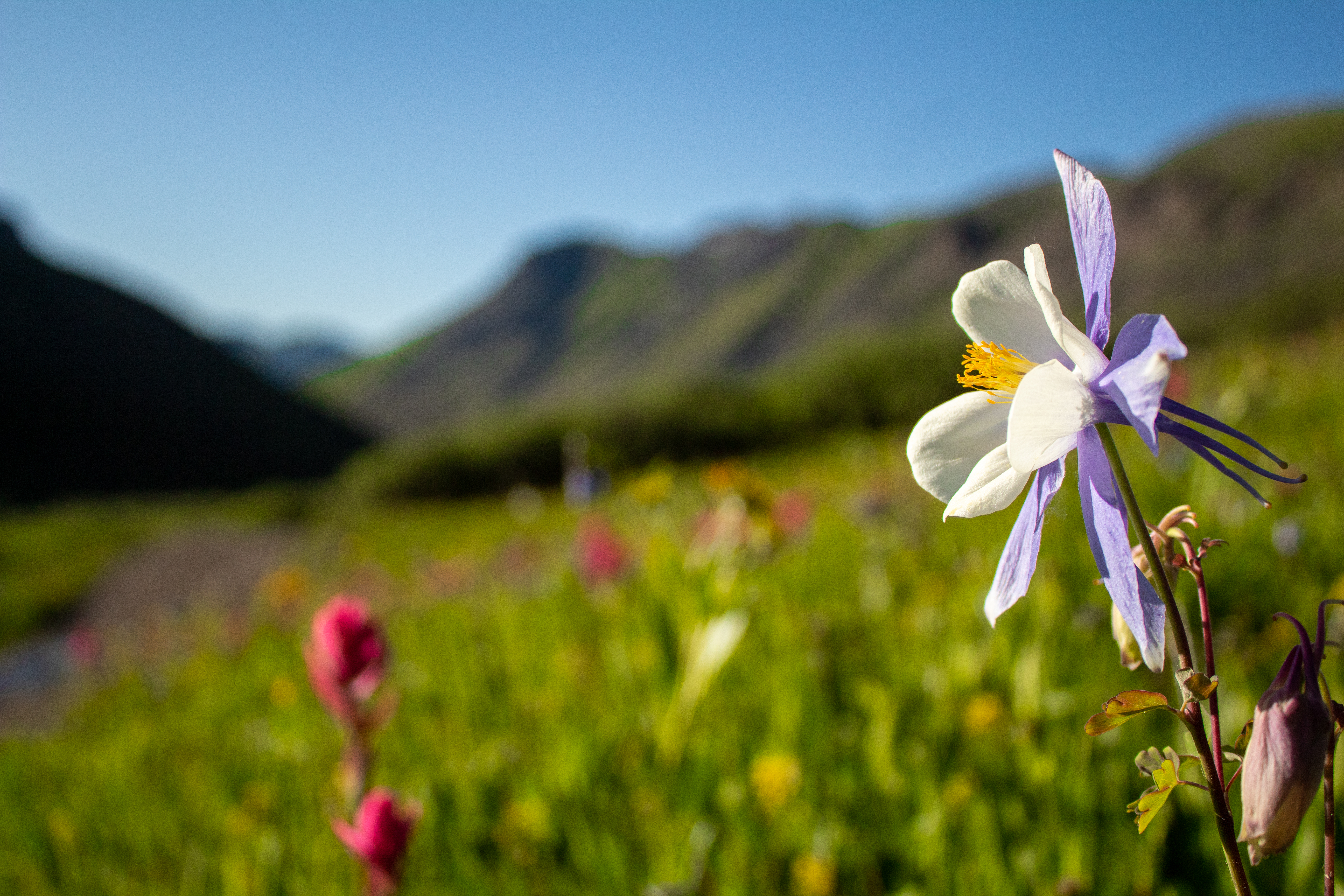 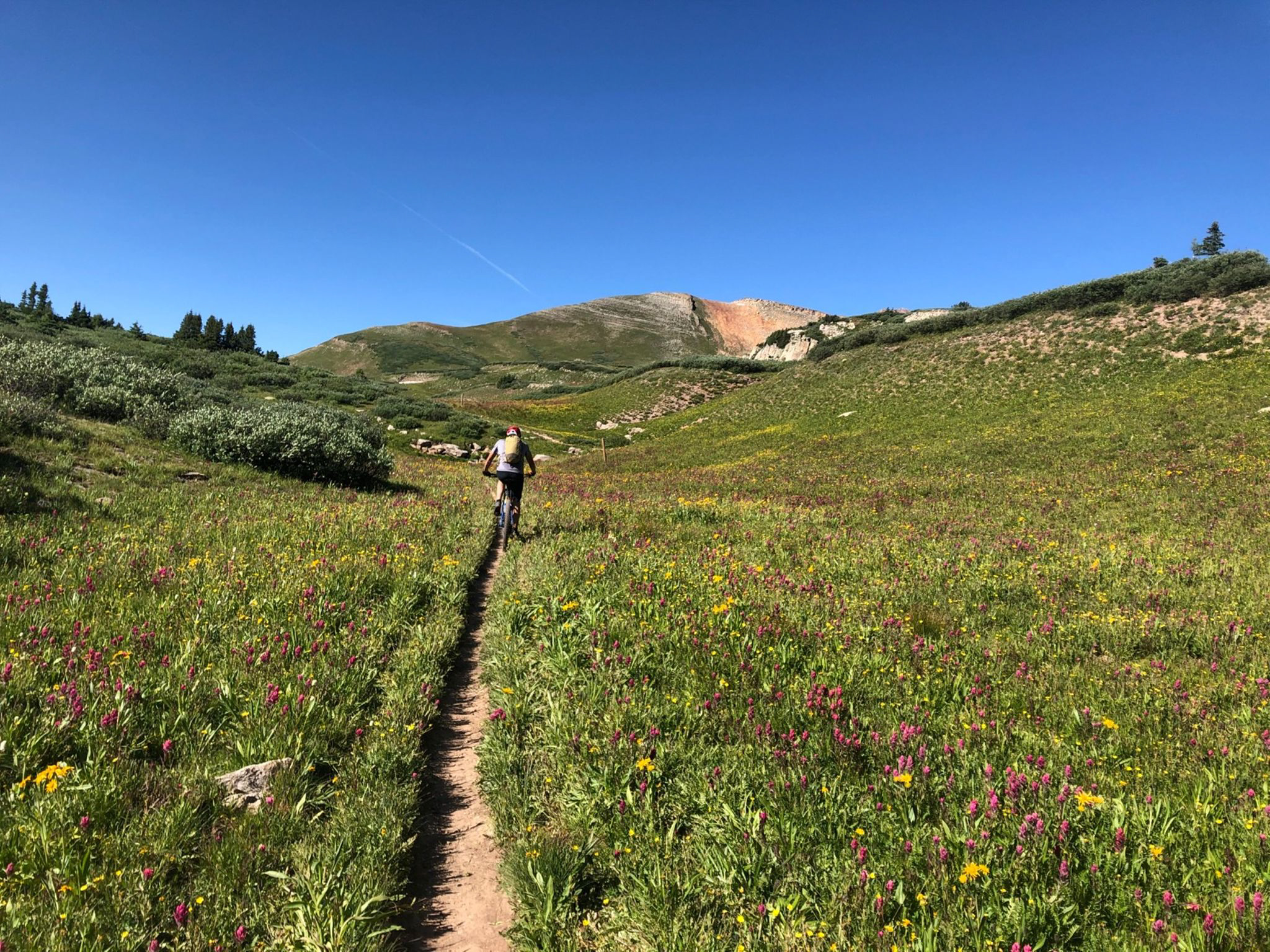